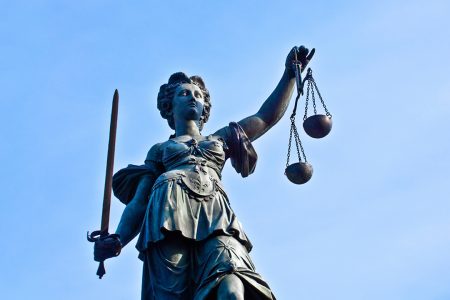 Washington D.C. / March 5, 2019 – Chief Magistrate Judge Joseph Spero of the United States District Court for the Northern District of California has found that United Behavioral Health (UBH), the largest managed behavioral health care company in the country, developed review criteria for evaluating the medical necessity of claims for outpatient, intensive outpatient, and residential treatment of mental health and substance use disorders that was inconsistent with generally accepted standards of behavioral health care, and wrongly influenced by a financial incentive to suppress costs.

The class action lawsuit, litigated by Psych-Appeal, Inc. and Zuckerman Spaeder, LLP, and filed under the Employee Retirement Income Security Act (ERISA) of 1974 – a federal law that governs health insurance policies issued by private employers – alleged that UBH violated obligations under its administered health plans, and under ERISA, by developing and applying flawed and overly-restrictive guidelines to evaluate “medical necessity.”

The Court held in favor of the plaintiffs, stating that under generally accepted standards of care, chronic and co-existing conditions should be effectively treated, including when those conditions persist, respond slowly to treatment, or require extended or intensive levels of care. UBH’s review criteria, however, improperly limited coverage in such situations. Instead, UBH’s internally-developed guidelines were intended to approve coverage solely for “acute” episodes or crises, such as when patients are actively suicidal or suffering from severe withdrawal.

Additionally, the Court held that UBH’s guidelines improperly required reducing the level of care, e.g., removing the patient from residential treatment to some form of outpatient therapy, even if the treating providers – consistent with generally accepted clinical standards – believed maintaining a higher level of care was more effective.

“This is a turning point in our efforts to hold insurers accountable for discriminating against those with mental health and addiction challenges,” notes Patrick J. Kennedy, founder of The Kennedy Forum and DontDenyMe.org, a website that educates consumers about parity rights and connects them to appeals guidance and resources. “This is a landmark case that reinforces the need for equity in how health plans cover physical and mental health conditions,” Kennedy adds. “The Federal Parity Law, which is part of ERISA, requires insurers to cover illnesses of the mind no more restrictively than illnesses of the body. But the law is undermined when insurers base mental health denials on defective criteria that masquerade as generally accepted standards of care. Judge Spero’s decision makes it clear that there will be consequences for disregarding established clinical practice in favor of a financial bottom line.”

With this extraordinary win, the plaintiffs are now tasked with identifying what relief they believe is appropriate. Plaintiffs believe, at a minimum, UBH should revise and adopt new and appropriate guidelines to be upheld by the Court and reprocess class members’ claims based on these guidelines.  UBH will have a chance to respond. A final decision regarding the requested relief is expected later this year.

Founded in 2013 by former Congressman Patrick J. Kennedy (D-R.I.), The Kennedy Forum leads a national dialogue on transforming the health care system by uniting mental health advocates, business leaders, and government agencies around a common set of principles, including full implementation of the Federal Parity Law. Launched in celebration of the 50th anniversary of President Kennedy’s signing of the landmark Community Mental Health Act, the nonprofit aims to achieve health equity by advancing evidence-based practices, policies, and programming for the treatment of mental health and addiction. The Kennedy Forum’s “Don’t Deny Me” campaign empowers patients and their loved ones to report illegal insurance denials of mental health and addiction treatment, and fight for their parity rights. To learn more about The Kennedy Forum and donate, please visit www.thekennedyforum.org.