By Julie and Victor Hudy

It has been one year since our son, Joey, was diagnosed with Schizophrenia.

A little background on Joey. As a young maker and inventor, his teenage years were far from typical. In  2012, at the age of 14, Joey was invited to the White House Science Fair, where President Obama shot Joey’s bright orange Extreme Marshmallow Cannon surrounded by news cameras. After the event, Joey had the opportunity to travel the world and share his story. He was very involved in the Maker community and was often asked to speak at Maker Faires. During a 2013 Maker Faire in Rome, Joey was approached by the CEO of Intel and soon became the youngest intern ever hired by the company. He also had internships at Microchip Corporation and Sketch-up, a 3D design software company. In 2014, Joey was honored to be a guest of Michelle Obama at the State of the Union address.

Through his Maker Faires, Joey became friends with the President/CEO of an electronics company in China, who offered him a job in mid-2016. Joey, then 19, was thrilled about the job and happy to make the move. Unfortunately, early in 2017, Joey began experiencing delusions and paranoia. We knew he needed to come back to the U.S. for evaluation. On January 22, Joey was scheduled to fly back to the U.S. from Hong Kong; however, he failed to get on the plane due to paranoia over what he considered to be extreme unrest in the states. After missing his flight, we advised him to get a room at a local hotel while we attempted to rebook his flight. That was the last time we talked to Joey for several days. We contacted co-workers and friends, but no one could get a hold of him. We were consumed by fear and worry.

Thankfully, we have a relative who works for the State Department. Upon his advice, we contacted the U.S. Citizens Consulate in Hong Kong to ask for help. We were told that if Joey was detained by the police or taken to a hospital due to a series injury, the Consulate would be notified within 24 hours.

Shockingly, the very next morning Joey called us from a medical facility, highly medicated. Within an hour, the Consulate had located him in the Hong Kong Psychiatric Hospital. We were relieved that he was safe, but very concerned for his wellbeing.

Unlike most families facing a mental health crisis, we have a childhood friend who is a psychiatrist. Thankfully, he was there to guide us in the days that followed. He gave us names of mental health experts that could help us get Joey back to the U.S. and guide us in our treatment. Our friend offered these words of advice: “Put your money up front for the best care.” We didn’t give this too much thought since we had an employer-sponsored health insurance policy with a major U.S. company.

Upon calling treatment facilities, we started to hear words and terms that we had never heard before when dealing with regular medical issues (i.e., private pay, financial contracts, pay-in-advance, out-of-network authorization, in-patient vs. out-patient treatment, self-funded plan, third party billing services, and patient care advocate). We quickly learned that almost all of the treatment facilities were out-of-network, and none were in Arizona where we lived.

The ultimate shock came when the “Admissions Counselors” revealed the monthly costs of a stay at their facilities: $19,500 – $60,000. These were all private pay facilities, meaning they are out-of-network and families must pay –in advance, per a financial contract.

We had so many questions. How can they charge so much?  Why are there so few quality in-network facilities under our health care plan? How does an average family afford this?

Ultimately, we decided to start with a facility in Cincinnati, Ohio that provided in-network stabilization treatment. We didn’t really know what we were facing, but it seemed like a good starting point.

The next challenge was getting Joey from China to Ohio. It was Chinese New Year, so we had to wait for his doctor to return in order to sign-off for the release.  While waiting, we learned of a service that helps move patients from location to location. The doctor finally returned on January 31, and approved Joey’s release. On Friday, February 3 we met the escort and our son at the Cincinnati airport. After making the exchange we arrived at the in-network stabilization/treatment facility just before midnight.

Joey was in the stabilization facility for 17 days before he was considered “stable,” meaning that he was not a threat to himself or to others. At this point, we had to move him to the second facility, which was connected to the stabilization facility by a hallway, but considered out-of-network. Yes: the same company is running two treatment facilities at the same location: one in-network and the other out-of-network. Mind-boggling. The out-of-network facility conducted an extensive set of testing to determine Joey’s diagnosis and recommend next steps. This 10-day evaluation cost $19,500, paid in advance.

Once we received the official diagnosis of Schizophrenia, we had to find yet another reputable treatment facility. Joey could have stayed at the out-of-network facility in Ohio; however, the cost for their in-patient treatment program was approximately $60,000 per month – not something we could afford. We chose to relocate Joey to a different out-of-network, private pay, pay-in-advance treatment facility with step-down transition living in Tennessee at a monthly cost of $24,000.

It should be noted that both the Ohio and the Tennessee facilities did provide out-of-network claims submission. The Ohio facility did not charge to submit the claims to our health insurance company, while the Tennessee facility used a third-party vendor who charged 8 percent of the amount collected.

Joey is now in a group/recovery home in California. This is not a treatment facility, so there is no insurance reimbursement. The staff makes sure that Joey is med-compliant. They also transport him to his out-patient therapy and treatment. Joey is relearning life skills, volunteering, and working part-time.  Unfortunately, we now need to locate a new housing arrangement for Joey since the group home recently increased their monthly rate to $9,500.

In 365 days, we were billed over $274,000 for Joey’s mental health treatment, and our insurance was billed over $400,000. Why two different amounts? It’s simple: treatment facilities are up-charging health insurance companies to make additional profits on the care our son received. This is a perfect example of why health insurance premiums continue to increase, even though levels of care are decreasing and out-of-pocket costs are on the rise.

We haven’t even touched on the challenges of billing and claims payment processing. Trying to manage what has been billed and what has been paid is almost a full-time job. There are so many mistakes that require re-processing by both the provider (treatment facilities) and the health insurance company. It is a never-ending cycle of frustration. We have spent countless hours on the phone trying to get claims submitted and paid in a timely manner: the providers have clauses in their contracts that state they can take up to six months to send you any reimbursement they receive from the insurance company. We have written letters to state and federal organizations outlining our challenges, submitted appeals, and listened to excuse after excuse. No one wants to take ownership of our broken system.

Despite what we’ve been through, we are optimistic about Joey’s progress. We know this is a life-long brain disease and our lives will never be the same, but we are adapting.

If you are on a similar journey, please voice your concerns and learn to fight back. Mental illness is a brain disease and it must be treated like any other physical health issue. Go to The Kennedy Forum’s Parity Registry to learn how to file an appeal with your health plan after being wrongfully denied coverage for mental health or addiction treatment services, to find a comprehensive listing of state and federal regulators who can help with an appeal, to send a complaint directly to state enforcement officials, and to review FAQs and other information to help advance your appeal. The data you share will help The Kennedy Forum to shape public policy and influence future legislation.

We are all in this together. Let’s unite with one powerful voice that can no longer be ignored. We would like to thank Patrick Kennedy and The Kennedy Forum for their assistance and support. 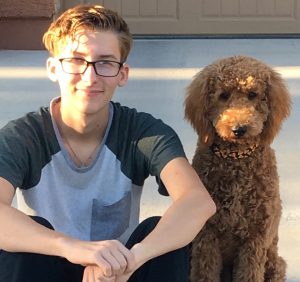 « 2017: Approaching the Eye of the Storm in a Year of Ups and Downs
Policy Pulse: We Must Change Outdated Patient Health Record Privacy Regulations »