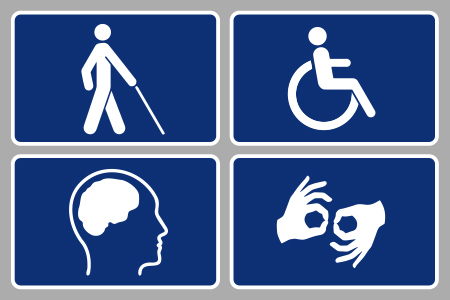 The Americans with Disabilities Act (ADA), championed by my late father, Sen. Ted Kennedy, and Sen. Tom Harkin, was one of the great civil rights laws of our generation. July 26 marks its 30th anniversary. This landmark legislation served to fully integrate people with disabilities into everyday life and stop discrimination by employers, by state and local governments, and by private businesses. It’s hard to imagine where we’d be without it.

Today, I continue to champion the ADA from my perspective as a mental health advocate. Far too many people continue to be discriminated against due to mental illness, which is often viewed as a moral failing rather than an actual brain disease.

Since our health care system still relegates those with mental illness to a separate and unequal system of care, it should come as no surprise that many workplaces still fail to recognize the impact of mental illness as well.

Thankfully, the ADA doesn’t just protect people with physical and intellectual disabilities, it protects people with psychiatric disabilities too, including those with diagnosed mental illnesses such as anxiety disorder, depression, attention deficit/hyperactivity disorder (ADHD), bipolar disorder, and schizophrenia. The ADA defines disability as a physical or mental impairment that substantially limits one or more major life activities.

According to the ADA National Network, about 18% of workers in the U.S. report having a mental health condition in any given month. This means that psychiatric disability is one of the most common types of disability covered under the ADA.

When job applicants or employees have a mental health condition that meets ADA criteria, they have certain rights that must be upheld. They cannot be treated differently simply because they have a psychiatric disability, and they can request “reasonable accommodations” within a workplace to provide the same access and the same benefits enjoyed by others. This may come in the form of flexible hours to allow for appointments, more frequent reminders of tasks and due dates, a quieter work environment, remote work options (if this doesn’t cause undue hardship to the employer), or a change in the management style of a supervisor.

Reasonable accommodations within a workplace can make a world of difference—to those with physical disabilities and those with psychiatric disabilities. For some, they can be the difference between a fulfilling life and a life of isolation.

For these reasons and more, the ADA now serves as a timely reminder of what our country is truly about—inclusion, opportunity, and most importantly, equality for all.

Now, more than ever, we must embrace the spirit of the ADA and continue to work toward a more just world. Change doesn’t just happen, it takes brave men and women who are willing to stand up and fight for themselves, their sons, daughters, neighbors, and colleagues.

My father said it best: “I have believed that America must sail toward the shores of liberty and justice for all. There is no end to that journey, only the next great voyage. We know the future will outlast all of us, but I believe that all of us will live on in the future we make.”

There’s still much work to do. I hope you will join me.