Statement from Congressman Patrick J. Kennedy to the President’s Commission on Combating Drug Addiction and the Opioid Crisis
November 2, 2017 The following statement was issued prior to the fifth meeting of the President’s Commission on Combating Drug Addiction and the Opioid Crisis on November 1. 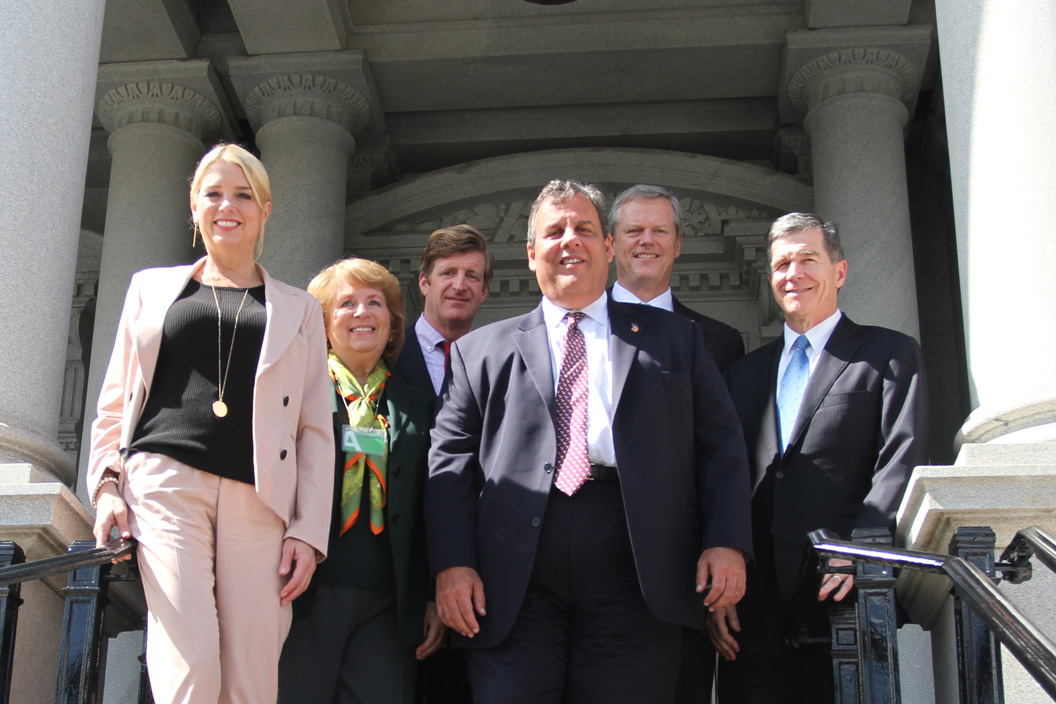 I have traveled all across this nation visiting communities devastated by the dual suicide and opioid crisis, and I have spoken with countless shattered families mourning the loss of loved ones. According to the official numbers supplied by NIDA and the CDC, we lose nearly 300 people every day to these deaths of despair.[1] But, we are fooling ourselves if we think the numbers are accurately capturing the scope of this catastrophe. Sadly, they are far too low. The overall death toll is probably four times that.

I applaud the President for his articulate speech last week especially as he courageously shared about his brother, Fred, acknowledging his family has not been spared the all too common struggle of addiction. I thank the First Lady for taking such a keen interest in this issue, and for her recognition that we are dealing with brain diseases, not character flaws or moral failings.

However, it is clear that some in the Administration are unwilling to follow the President’s lead and dedicate the necessary dollars to address this  epidemic. Only a Stafford Act Emergency Declaration will allow this.

Much has been made of the $500 million set aside this year, made possible by the 21st Century Cures Act, to address the epidemic nationwide. That meager sum is a drop in the bucket compared to what our country actually needs. Governor Chris Christie, chairman of the President’s Commission on Combating Drug Addiction and the Opioid Crisis, understands this. He allocated $200 million in New Jersey alone. That’s nearly half of what Congress thought was necessary to address the crisis nationally.

If Congress takes this seriously, it would at least nationally match Governor Christie’s pledge, which would mean $10 billion in additional funding this year. That’s still not enough to adequately address the crisis, but it’s a start. It would also pass the recently-introduced Combating the Opioid Epidemic Act, which would boost the 21stCentury Cures Act appropriations to nearly $4.5 billion annually and set aside needed funding for research. When the HIV/AIDS epidemic was at its peak in 1996— claiming roughly 50,000 lives each year—the Federal Government was spending $12 billion annually in inflation-adjusted dollars to address it. By 2004, that funding commitment doubled to more than $24 billion in inflation-adjusted dollars and mortality rates plummeted. This look to the recent past demonstrates that our country knows it takes serious federal spending to adequately respond to a major public health crisis that kills tens of thousands each year.

My fellow Commission members, Governor Baker and Governor Cooper understand that. They want health coverage for everyone in their states. Governor Cooper has spoken passionately for the need to expand access to health care rather than take it away. I could not agree with him more, and I am firmly stating for the record that we need to increase Medicaid expansion and build on the coverage gains created by the Affordable Care Act. It is time to stop playing political football with the lives of Americans. It is entirely unconscionable, destructive, and immoral to restrict access to health insurance coverage at any time, but particularly at a time when thousands of people are dying each month due to a public health crisis!

We also have to focus on the unseen impacts of the crisis – not just those  directly affected, but their loved ones, most tragically children.  I am so grateful for Attorney General Pam Bondi’s dedication to opioid addicted babies and to Dr. Bertha Madras’ long time commitment to screening, early  intervention, referral and treatment which if fully implemented would do so much to evert this crisis in the future.

I am pleased that my fellow Commissioners have joined me in ratcheting up the call for full implementation of the Mental Health Parity and Addiction Equity Act (the Federal Parity Law). The law has been in place for nearly a decade, yet we still do not have compliance. As many of the individuals and families speaking today at the final meeting of the Commission can attest to, dealing with insurance plans often results in a nightmare of denials, restrictions of necessary services and medications, and inappropriate redirections to inadequate levels of care. For example, Roxanne Schwartz from my home state of New Jersey has spent nearly $300,000 of her own money to keep her sons alive. Thank God, her two boys are in recovery, but people with health insurance should not have to deplete college funds and retirement accounts to receive lifesaving medical care! We must aggressively enforce the Federal Parity Law to put an end to these discriminatory managed care practices and the Federal Government must lead the way.

I am pleased Secretary Acosta of the Department of Labor (DOL) and his team will be working with me and my staff on parity. Our final Commission Report recommends that Congress authorize DOL to levy monetary penalties directly on insurers, and to launch investigations of insurers. This is long overdue and will give DOL the necessary teeth to adequately enforce the law.

In the states, we need more Attorneys General to follow the lead of Attorney General Eric Schneiderman of New York and launch formal investigations of insurers—reaching settlements, when jurisdiction permits. State insurance departments must become more active and should use a uniform approach when checking for compliance with non-quantitative treatment limitations. That approach must be the The “Six-Step” Parity Compliance Guide for Non-Quantitative Treatment Limitation (NQTL) Requirements that can be found on The Kennedy Forum’s ParityTrack website.

Finally, I must ask, what are the priorities of this Congress and the Administration: saving lives or padding bank accounts and corporate ledger sheets? Leadership in Congress is gearing up to slash funding for Medicaid and other federal health spending, so that the wealthiest individuals and multi-billion-dollar transnational corporations can get a tax break. Legislation is being introduced today that will cut the corporate tax rate, reduce the tax rate for the highest earners, and eliminate certain taxes that disproportionately benefit the top 0.2 percent. Where is the proposed legislation to cut overdose death rates, reduce suicides, address the spiritual malady, and eliminate the psychic pain endured by our most vulnerable populations: Native Americans, Veterans, and pregnant women with opioid use disorder? Why does the overhaul of the tax code take priority over an overhaul of our broken mental health and addiction treatment system? How many billionaires are going to die today because their taxes are too high?

As a nation, we have reached a crossroads. History will not look kindly upon those who turn their backs to human suffering, especially when clear solutions have been laid out before them.

Lack of awareness of a patient’s own addiction or mental illness is one of the hallmarks of behavioral health conditions. Unfortunately, this denial of the impact of addiction and mental illness is also experienced in families and communities across the country. We can no longer ignore the seriousness of the opiate epidemic gripping our nation, and the damage that results—in lost lives, broken hearts, and untold unnecessary societal costs.

This report should serve as a much-needed wakeup call for policymakers and the nation at large about the deadliness of the opioid misuse and overdose epidemic.

It should also convey to the millions of Americans like me who are in recovery, their family members, and families who have lost loved ones—that people at the highest levels of government are committed to addressing the epidemic.

It is time for all of us to begin to meaningfully execute the strategies and tactics that we know will reduce the rate of overdoses and deaths, and to find the political will and courage to fund these initiatives.

[1] NIDA statistics accessed at https://www.drugabuse.gov/related-topics/trends-statistics/overdose-death-rates; CDC 2015 suicide statistics as posted by the American Foundation for Suicide Prevention accessed from https://afsp.org/about-suicide/suicide-statistics/

« Congressman Kennedy’s Statement to the Commission on Combating the Opioid Epidemic
Parity: What’s Next? »