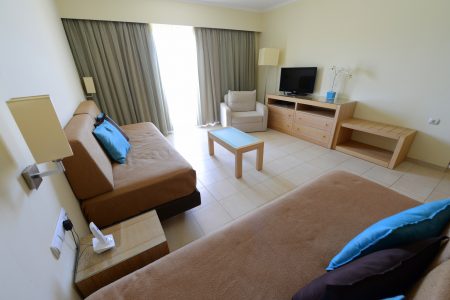 By Jessica Grillo, J.D., Legal Advisor for the Kennedy Forum

Nicole had a long history of mental health conditions. After many years of failed outpatient treatment and on the recommendation of her treating physician and therapist, Nicole was admitted to Island View Residential Treatment Center in July 2011. Claims were submitted to BCBS throughout Nicole’s treatment; however, the plan denied the claims, stating that it was not a covered service.

In October 2012, Angela submitted an appeal directly to CHI, arguing the Mental Health Parity and Addiction Equity Act (MHPAEA) required that mental health/substance abuse benefits be aligned with the plan’s available medical/surgical benefits. More specifically, she argued that residential treatment on the mental health side was analogous to skilled nursing on the medical side. In December 2012, BCBS responded to the appeal and maintained the denial, stating that the denial was based on the exclusion of coverage for “room and board” for residential treatment. BCBS also stated that both residential treatment facility and skilled nursing facility were defined terms in the plan – that they were not equivalent services – and that it was not clear whether MHPAEA was applicable to the self-funded plan.

Plaintiffs appealed, and, on June 6, 2018, the appellate court reversed and remanded the lower court’s decision. The Appellate Court held that MHPAEA required the plan’s coverage for stays at licensed inpatient residential treatment facilities to be no more restrictive than stays at skilled nursing facilities.

The Appellate Court explained that while MHPAEA is clear, it does not specifically address the full scope of the myriad of situations that might arise, such as the present case at issue. As such, there is room for interpretation. Therefore, while nothing in the regulations definitively answered the question for the period of Nicole’s stay at the residential treatment facility (2011–2012), nothing in them was or is contrary to the interpretation that a plan cannot allow room and board costs for inpatient treatment at a skilled nursing facility, while denying them for inpatient treatment at a residential mental health treatment facility. Additionally, the Appellate Court opined that the Final Rules explicitly state that coverage at residential treatment facilities must be like the coverage at skilled nursing facilities. As such, the plan should not have denied Nicole coverage on the basis that her stay was at a residential treatment facility, and therefore referred the case back to the lower court.

Key Takeaway from This Case

Although the interim Final Rules of MHPAEA avoided the “scope of services” question, they did indicate that congruency between mental health and medical/surgical benefits is required. As such, excluded benefits for a mental health condition within a classification for which a plan provides medical/surgical benefits – such as the room and board exclusion for residential treatment facilities in this case – are considered improper treatment limitations and can be successfully challenged.

The Kennedy Forum Legal Taskforce seeks to create positive case law in ERISA, and Federal and State Parity and Disability cases nationwide. The group is comprised of expert litigators in the field who are committed to fighting for equality and justice for those who have been wrongfully denied coverage for mental health and addiction treatment services.

Parity Registry is a website where consumers can learn to file an appeal with their health plan after being denied coverage for mental health or addiction treatment; send a complaint directly to state enforcement officials; access step-by-step appeals guidance; find a comprehensive listing of state and federal regulators who can help with an appeal; and review FAQs and other information to help advance an appeal. The data shared will help to shape public policy and influence future legislation.

Parity Track is a website where policymakers, journalists, consumers, and others can track legislative, regulatory, and legal parity activities in all 50 states and at the Federal level to monitor implementation and best practices.