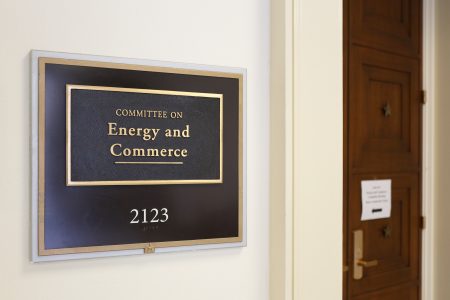 Former U.S. Rep. Patrick J. Kennedy, founder of The Kennedy Forum, testified before the Congressional Subcommittee on Health of the House Committee on Energy and Commerce on Tuesday, June 30 in the virtual legislative hearing, “High Anxiety and Stress: Legislation to Improve Mental Health During Crisis.” The subcommittee is currently considering more than 20 bills addressing everything from Medicare coverage, helping emergency responders, mental health parity, suicide prevention and screening, telehealth and more.

In his testimony, Kennedy discussed progress that has been made in mental health care in the eleven years since the passage of the Federal Parity Law, as well as progress that remains to be seen in a health care system that has long failed to treat those with mental health and substance use disorders on par with those with medical disorders. Not only does this failure harm individuals, it is an economic burden that exacerbates societal issues such as homelessness and the criminalization of mental illness—our criminal justice system has become the default form of treatment for those with mental illness.

Kennedy ended his testimony with a list of critical mental health care goals and a call to action for Congress. His specific recommendations included the implementation of Zero Suicide programs, the use of crisis response teams rather than police to intercept individuals undergoing mental health crises, and the expansion of the Federal Parity Law to all current and future payers requiring equal reimbursement for comparable services, among many others. Read his full written testimony below:

It has been 11 years since the Paul Wellstone and Pete Domenici Mental Health Parity and Addiction Equity Act of 2008 (Federal Parity Law), which I authored with my Republican colleague Rep. Jim Ramstad while in Congress, was enacted. Since then, our country has made important strides for people living with mental health and substance use disorders. The Federal Parity Law, which was expanded and strengthened by the Patient Protection and Affordable Care Act (ACA), removed discriminatory limitations in health insurance coverage, enabling more Americans to receive the mental health and addiction services they need. During this period, we have also made enormous strides in normalizing a national conversation around these illnesses. What used to be unmentionable is increasingly being discussed and recognized.

After opening up about mental health and addiction challenges in my book, A Common Struggle: A Personal Journey Through the Past and Future of Mental Illness and Addiction, I was overwhelmed by the outpouring of support from others who had their own stories to share. I launched The Kennedy Forum on the 50th anniversary of President Kennedy’s signing of the landmark Community Mental Health Act. Through our extensive network of partners, The Kennedy Forum leads a national dialogue on transforming the health care system by uniting mental health advocates, business leaders, and government agencies around a common set of principles, including full implementation of the Federal Parity Law.

Despite Progress, Mental Health Not Yet Prioritized

So much remains to be done. The promise of the Federal Parity Law has yet to be fully realized. Too many Americans are told that their oftentimes chronic conditions are unworthy of ongoing care. Coverage of treatment is frequently limited in scope and duration – given in small doses to alleviate short-term symptoms while leaving critical underlying factors unaddressed. But this remains only one aspect of a larger problem. For too long, our policymakers have treated people living with mental health and substance use disorders as problems to be managed, failing to recognize their humanity and ability to contribute to the fabric of society.

Paying the Price for Our Neglect

As a result of this neglect, our country has paid the price. People with co-occurring substance use disorder and a serious mental illness were 7.47 times more likely to have been arrested in the past twelve months compared to those without either condition. Tragically, our largest places of “treatment” for people with mental health and substance use disorders are county jails. In fact, Cook County in Illinois has even hired wardens who are mental health professionals. And alarmingly, a disproportionate number of those incarcerated are African American and other minorities who live with mental health and substance use disorders – a sad reflection of the racial injustice being addressed in our country right now.

The economic consequences of our neglect are also severe. Consider the following:

Once again, the economic consequences of our neglect are disproportionately borne by African Americans and other minorities. Lost livelihoods deprive them of opportunities and resources necessary to realize the American Dream.

A recent survey conducted by the California Policy Lab reported that, nationally, half of unsheltered individuals said a mental health disorder was a major factor in them becoming homeless – another half (not necessarily duplicated) said that a substance use disorder was a major factor in becoming homeless. The costs add up. Someone experiencing chronic homelessness may require an average of $30,000 to $50,000 of taxpayer dollars each year on costly responses such as rescue calls and police time spent helping those who should be instead treated using a public health approach to these illnesses.

Deaths of despair from drug overdoses, suicide, and alcohol use killed more than 180,000 Americans in 2018. Beginning in 2010, life expectancy stopped six decades of steady improvement; beginning in 2014 expectancy started declining across racial and ethnic groups. For adults ages 25 to 64 years, fatal drug overdoses increased nearly fourfold between 1999 and 2017, while alcohol-related liver disease increased 40% and suicide rates increased 38%. As one of six commissioners on the President’s Commission on Combating Drug Addiction and the Opioid Commission, I worked in a bipartisan way to put forward a robust set of recommendations on steps needed to reverse the epidemic. Though fatal drug overdoses have plateaued in the last couple years, we cannot declare victory: Even before the COVID-19 pandemic hit, annual overdose deaths far exceed peak annual deaths from automobile accidents, homicides, and HIV/AIDS.

The COVID-19 pandemic is threatening to swiftly undo any recent progress. According to U.S. Census Bureau data, 36% of Americans are showing symptoms of anxiety or depressive disorders. The pandemic has threatened the ongoing treatment and long-term recovery of millions of Americans with mental health and substance use disorders. Only a few months into what is likely to be a lengthy public health crisis, 30 states have already seen increases in opioid related deaths. And a recent report estimates that, without action, our nation may experience tens of thousands of additional deaths of despair.

To address these increasing needs, I am co-chairing with Dr. Joshua Gordon, director of the National Institute of Mental Health, an initiative of the National Action Alliance of Suicide Prevention to help drive forward critical systemic changes to that prioritize mental health and suicide prevention. This initiative, “The Mental Health and Suicide Prevention National Response to COVID-19,” has a robust steering committee of more than 30 mental health leaders from both the public and private sectors and will be making recommendations in the coming weeks.

Congress’ actions thus far have not been nearly enough to prevent the tsunami of mental health implications heading our way. The enacted CARES Act only appropriated $425 million to this issue – or about 0.02% of the bill’s total. While the House-passed HEROES Act goes much further with its $3 billion in emergency mental health funding through SAMHSA (among other provisions), the Senate has not yet acted. Even if it does, I believe the unprecedented scale of need demands an unprecedented scale of response.

As the Mental Health Liaison Group pointed out in a recent letter led by The Kennedy Forum, during the Great Recession, state revenues dropped an average of 11 percent. This forced deep cuts to mental health and addiction services, including emergency services, crisis intervention and stabilization services, case management, and even access to psychiatric medications. State revenue losses could easily reach 20% during the current crisis. A cut of this magnitude to the estimated nearly $43 billion in non-Medicaid state and local mental health and addiction spending would represent approximately $9 billion. Congress should ensure these cuts do not happen, particularly in light of escalating needs.

The numerous bills that the Health Subcommittee is advancing today represent more steps in the right direction. I commend the Committee for prioritizing these important efforts. These bills will advance insurance parity, suicide prevention, coverage under Medicare, telehealth expansion, and crisis response. Each of them moves our country in the right direction.

Given the enormous costs of untreated mental health – coupled with state governments’ depleted funds available to meet these needs – it is also critical that federal and state regulators fully enforce the Federal Parity Law. Inadequate enforcement of parity adds insult to injury as many insurers have enjoyed enormous financial windfalls while public resources have been exhausted. Now is the time to fully enforce the Federal Parity Law and stop insurers from shifting the cost to taxpayers.

The Fierce Urgency of Creating a New System for Mental Health

We must not mistake the advancement of the aforementioned bills as evidence that our work is done. To the contrary, leaders must double down on efforts to eliminate barriers to care we all know exist, yet lack the collective will to address. Today’s progress should inspire us to dream even bigger about creating a system that addresses the mental health and addiction “before stage four” for all Americans.

I offer the following as bold goals for this Committee and others. Many will, of course, require investments. But the necessary initial investments will be dwarfed by the long-term societal savings associated with each.

With imagination and determination, we can realize each of the above goals. However, some urgent policy priorities require simply changing antiquated federal policies. Three of the most important include:

The COVID-19 pandemic demands urgent action to address escalating mental health and addiction needs, but it also shines a much-needed spotlight on the inadequacies of our current health care system. To properly address these challenges, I urge this Committee to prioritize prevention, crisis response, and the integration of behavioral and physical health care in ways that set new, thoughtful standards—ones that no longer contribute to social inequities. Now, more than ever, we have a chance to right the wrongs of the past and proclaim once and for all: there is no health without mental health.

Thank you for the opportunity to submit testimony.