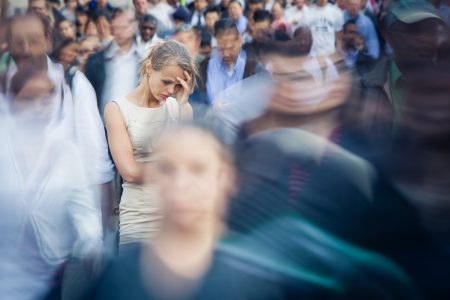 New York is taking important steps to ensure health plans are following generally accepted standards of care when making coverage determinations for the treatment of mental health and substance use disorders.

Unfortunately, many insurers frequently are not following generally accepted standards of care and are using medical necessity criteria that put financial considerations ahead of patients’ needs. This is particularly the case with level of care decisions (e.g. whether the patient should receive intensive outpatient versus residential treatment). When insurers are allowed to use these flawed criteria that are inconsistent with generally accepted standards of care developed by non-profit clinical specialty associations, patients are often denied coverage of medically necessary services. The same flawed criteria are often also then used in appeals to justify the initial flawed denial.

A recent landmark court ruling, however, highlighted the importance of these criteria. In the class-action lawsuit Wit v. United Behavioral Health (UBH), a federal court in California ruled that UBH, the largest managed behavioral health care company in the U.S., used defective, internally-developed criteria inconsistent with generally accepted standards of care to deny coverage to over 50,000 members, half of whom were children/adolescents.

In a ruling announced earlier this week, the federal court issued a 10-year injunction against UBH, requiring it to exclusively use the following medical necessity criteria:

These criteria reflect the eight generally accepted standards of care described by the Wit court:

Following the Wit ruling, New York included a provision in its 2019-2020 budget implementation bill stipulating that all mental health criteria must be reviewed and approved by the state. Subsequently, the New York Office of Mental Health (OMH) put out draft “Guiding Principles for Acceptable Clinical Review Criteria.” The final version of the state’s principles included recommended changes put forth by The Kennedy Forum and a group of national and New York-based organizations to ensure they fully aligned with generally accepted standards of care.

Since passing the budget bill, OMH and the Department of Financial Services, which regulates commercial health insurers, have been reviewing the criteria that plans have been required to submit for consistency with the Guiding Principles and generally accepted standards of care. All of the insurers’ submissions were found to be defective, demonstrating just how pervasive the use of flawed criteria truly is.

Once completed, New York will be at the forefront of ensuring that the criteria plans are using are sound and consistent with generally accepted standards of care.

Thankfully, New York is not alone in its progress. California recently enacted Senate Bill 855, which requires California health plans to use medical necessity criteria that follows generally accepted standards of care. SB 855 was authored by state Senator Scott Wiener and championed by The Kennedy Forum and partner organization the Steinberg Institute through a year-long campaign. When it takes effect on January 1, SB 855 will require all state-regulated commercial plans to follow generally accepted standards of care when making medical necessity determinations, specifically those put forth by non-profit clinical specialty associations such as ASAM. SB 855, which has been supported by over 40 national organizations, now serves as a model for the rest of the U.S.

New York and California have a combined population of 60 million people, rendering these large-scale policy changes incredibly consequential in the fight for mental health equity in the U.S. They also serve as evidence that the Wit case is driving change by clarifying and enforcing the standards that health plans should follow when making coverage decisions. More states and the federal government should follow this lead to ensure mental health parity throughout the country.