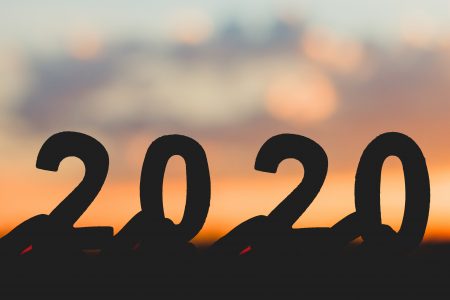 It has been a challenging year to say the least. But there have been several significant advances in mental health equity that deserve special recognition. Below we review five critical milestones.

In September, California Governor Gavin Newsom signed SB 855, making California a national leader in mental health and addiction parity. The Kennedy Forum worked closely with The Steinberg Institute, Senator Scott Wiener, and over 100 supporting organizations to advance the legislation. Among other things, SB 855 requires commercial health insurers to pay for medically necessary treatment of any mental health or substance use disorder listed in the DSM-5 and to follow generally accepted standards of care. More here.

In October, the National Suicide Hotline Designation Act was signed into law. The Kennedy Forum had joined other leading mental health organizations in calling on Congress to pass the Act, which helps implement 988 as the nationwide 3-digit number for mental health crisis and suicide prevention services to replace the current 10-digit number. The FCC has created a two-year timeline for 988 to become fully operational (by July 16, 2022). The Lifeline will also offer specialized services for groups at greater risk of suicide, including LGBTQ youth.

In January, Pennsylvania insurance officials announced a $1 million fine against UnitedHealthcare based on violations of the Mental Health Parity and Addiction Equity Act (MHPAEA) and other state regulatory requirements as a result of a recent market conduct exam. UnitedHealthcare agreed to pay the regulatory fine, along with restitution, to consumers from claims wrongly denied, overpaid out-of-pocket expenses, and interest on delayed claims. United also agreed to develop an $800,000 public outreach campaign to educate consumers about their mental health and substance use disorder benefits. Read more here.

In March, Arizona Governor Doug Ducey signed SB 1523, or “Jake’s Law,” which requires insurers to submit detailed analyses on their compliance with the Federal Parity Act every three years for evaluation by regulators—and much more. Additional information here.

Also in March, Rhode Island Insurance Commissioner Marie Ganim announced that her office had found United Healthcare in violation of state and federal parity laws after a market conduct examination. United will pay a $350,000 fine to the state and contribute $2.85 million to a community mental health fund created to support local behavioral health programs. Additionally, the health plan agreed to correct identified violations and submit a proposed Plan of Correction based on examination findings.

A 2020 report from Milliman, Inc. showed people with behavioral and physical health conditions have much higher total health care costs; however, spending for behavioral health treatment is only a small portion of total health care spending. As a supporter of The Path Forward for Mental Health and Substance Use, which commissioned the study, The Kennedy Forum co-issued this press release.

In February 2020, The Kennedy Forum hosted “Agenda for Change: Unite. Connect. Act.” at the U.S. Capitol to promote specific actions needed in policy, philanthropy, employment, and research. U.S. Rep. Judy Chu, U.S. Rep. David Trone, former U.S. Rep. Patrick J. Kennedy, and former U.S. Sen. Gordon Smith attended, along with more than 300 guests. “Agenda for Change” highlighted several new reports, initiatives, and resources that will be critical for defining the next steps in the fight for mental health equity, including:

“Health in Mind,” a guide from the Center for High Impact Philanthropy (CHIP) at the University of Pennsylvania, which outlines philanthropic recommendations for aligning financial investments with the needs of those with mental health and addiction challenges.

“Healing the Nation,” a report from Well Being Trust that outlines a framework for federal policymakers and pinpoints specific recommendations to support prevention, treatment, and recovery—an update to The Kennedy Forum’s 2017 policy guide for the 115th Congress.

Throughout 2020 The Kennedy Forum helped to execute several Mental Health for US campaigns and initiatives including: “Unite for Change Forum: California” in January; a Twitter Chat in September for National Recovery Month and National Suicide Prevention month; “#TalkaboutMentalHealth” designed to encourage discussions at presidential nominating conventions; “#AskAboutMentalHealth” designed to encourage discussions during the presidential debates; and the “We Vote” pledge to encourage voter registration for the 2020 general election. Learn more about the Mental Health for US initiative here.

This year, The Kennedy Forum joined Pear Therapeutics’ Recovery Access Coalition, which aims to eliminate access barriers to digital therapies for those with substance use disorders. Specifically, the Coalition is seeking policy changes in Medicare, Medicaid, and the commercial insurance market to authorize coverage for digital therapies, including prescription digital therapeutics (PDTs), for substance use disorder treatment. Read more here, and check out this video The Kennedy Forum created as a coalition member.

The Kennedy Forum founder, Patrick J. Kennedy, also joined 13 other leaders from top mental health advocacy organizations and professional associations in a unified coalition that will engage with the federal government, governors, and key elected officials to prioritize mental health as the nation responds to and recovers from COVID-19. View the leadership coalition’s plan, “A Unified Vision for Transforming Mental Health and Substance Abuse Care,” here.

Since the COVID-19 pandemic began, The Kennedy Forum has called for a robust federal response to the mental health and addiction implications of isolation, job loss, grief, increased stress and substance use, and more. Unfortunately, only a small percentage of our nation’s enacted COVID-19 stimulus funds have gone directly to expanding mental health and addiction treatment services. The Kennedy Forum led advocacy efforts in April, May, June, and December urging Congress to do much more. We were pleased to see that the House passed an updated Health and Economic Recovery Omnibus Emergency Solutions Act (HEROES) Act in October that included many of our recommendations. A final, smaller COVID-19 package that included $4.25 billion to support the mental health and addiction response to COVID passed Congress on December 21. View Patrick J. Kennedy’s full statement on the package here.

In June, Former U.S. Rep. Patrick J. Kennedy testified before the Congressional Subcommittee on Health of the House Committee on Energy and Commerce in the virtual legislative hearing, “High Anxiety and Stress: Legislation to Improve Mental Health During Crisis.” The subcommittee was considering more than 20 bills addressing issues such as Medicare coverage, helping emergency responders, mental health parity, suicide prevention and screening, telehealth and more. View the livestream recording here.

Thank you for your engagement with The Kennedy Forum this year. We look forward to a busy 2021 as we fight to ensure mental health and addiction are prioritized in our national recovery. If you’d like to support our work as the year ends, consider donating through our website or our Facebook page, and select The Kennedy Forum on AmazonSmile.